In what was not a big fat surprise, science journalist Nina Teicholz -- a fierce advocate for basing nutrition policy on rigorous research -- was "disinvited" from a consumer group's Food Policy Panel after two of the panelist refused to appear with her.

The cowed Consumer Federation of America replaced her with Maureen L. Storey, Ph.D., whose curriculum vitae suggests a pattern of auctioning off her academic credentials to the highest bidder. Storey's research findings consistently validate whatever group is currently paying her bills, whether it's the potato industry or Big Beverage.

Ironically, Margo Wootan, one of the panelists behind booting Teicholz from the panel had the nerve to accuse the  ninja journalist of engaging in shoddy science: 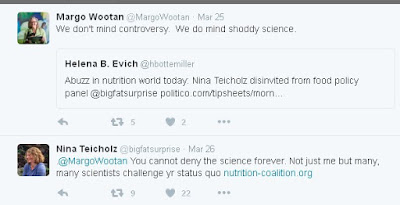 Wootan based her charges on a letter signed by 180 conventional dietitian types (seven of whom later withdrew their names) demanding retraction of Teicholz's September 2015 BMJ article on the shaky science behind the US Dietary Guidelines -- a letter that Wootan had engineered and which Teicholz credibly rebutted. The signers were largely people whose research had been discredited by Teicholz in her New York Times best selling book.

What is ironic is that Wootan is director of nutrition policy for the facetiously named Center for Science in the Public Interest (CSPI), a rabid anti-animal fat advocacy group that is largely responsible for the proliferation of trans fats in America's food supply -- a big fat mistake for which they have never apologized and now pretend never happened.

Teicholz is not going down without a fight. Her supporters have started a petition to have her reinstated, which has been shared on social media by a Who's Who of leading edge health advocates, including Gary Taubes, Prof. Tim Noakes, Dr. Sarah Hallberg and Dr. Andreas Eenfeldt.


Meanwhile, in an email sent to colleagues, Teicholz wrote:

“I hope you will consider signing and maybe spread the word. What made me realize that it wasn't me--and that they really didn't want any alternative viewpoints--was the fact that the conference organizers also nixed the Harvard MD whom I suggested to replace me. Instead, they appointed an industry flack from the potato industry (and formerly the American Beverage Association).

“This nonsense must stop! They need to allow real conversation and debate. The insider game in D.C. that drives our country's nutrition policy (and hence, School Lunches, WIC, and everything taught by every MD, nutritionist and dietician in the country) only survives because dissenting views have been excluded. The views of honest science-based experts have not been heard and need to be!”

For those who follow dietary health news, this latest effort to silence dissenting views is eerily reminiscent of the Health Care Professions of South Africa (HCPSA) hearing against Prof. Tim Noakes. The effort by the conventional dietary establishment to discredit the A-rated scientific researcher backfired when Noakes used the hearing as a platform to disseminate accurate information about the benefits of carb restriction and consumption of saturated fat to a global audience.


Posted by Nancy Tracy at 12:02 PM No comments: Links to this post

Jamie Oliver may be right about the dangers of sugar, but he's wrong about carbohydrates and saturated fat. 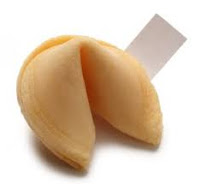 Dead wrong... as in people are literally dying from diabetes and cardiovascular disease from avoiding saturated fat as if it were their creepy uncle at Christmas and then consuming way too many vegetable oils and starchy carbohydrates, whole grain or otherwise.

After researching Oliver's background and discovering he is dyslexic and has read maybe a handful of books in his whole entire life, his lack of knowledge about nutrition makes sense. Like most people, he gets his information from the mainstream media and registered dietitians, many of whom are food company shills.

Then he makes half-baked statements on his blog such as the following:


"If we don’t get enough carbohydrates and our bodies don’t get the energy they need, they have to get it from elsewhere and break down fat and protein instead."

Oliver is right that if our body does not get "enough" carbohydrates, it will burn fat instead, but most people are quite happy to burn body fat. As for protein,  research suggests carbohydrate restrictors actually burn less protein (muscle) than starchaholics.


"Starchy carbohydrates are a wonderful thing – they make us feel happy, satisfied and energetic ... plus, we all crave and enjoy them."

If I were to substitute cocaine or sugar for starchy carbohydrates, that statement would still be true. Craving something does not make it good for you, and that burst of energy is soon followed by a crash unless you keep consuming more.

Or, as Homer Simpson would say, "Doh!"

Since helping to get the sugar tax passed in Britain, Oliver has moved on to encouraging new moms to breastfeed and being called a boob by many for "mansplaining" to women what to do with their bodies.

My advice to Oliver is to lay off women's breasts and pay someone to read him some of the following evidence based books:

The Big Fat Surprise: Why Butter, Meat and Cheese Belong in a Healthy Diet

What the Fat?: Fat's IN: Sugar's OUT Practical guide and recipes

The Obesity Epidemic: What caused it? How can we stop it?

Why We Get Fat: And What to Do About It

The Obesity Code: Unlocking the Secrets of Weight Loss

Keto Clarity: Your Definitive Guide to the Benefits of a Low-Carb, High-Fat Diet

Eat Fat, Get Thin: Why the Fat We Eat Is the Key to Sustained Weight Loss and Vibrant Health

New Atkins for a New You: The Ultimate Diet for Shedding Weight and Feeling Great.

Posted by Nancy Tracy at 11:21 AM No comments: Links to this post

Dr. Mark Hyman: Eat the Butter, Not the Bagel 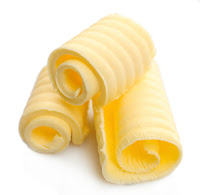 If you're one of those people still spraying butter flavored vegetable oil on your food and cookware, STOP IT ALREADY.

Hyman says in the absence of sugar and refined carbs -- and presence of enough Omega 3s -- saturated fat was not linked to heart disease in 72 different studies involving 19 countries and 600,000 people.

(No pre-diabetic Australian mice were involved in these studies as far as we know.)

See Hyman's video here with a bonus segment on why high LDL cholesterol is not a problem if it's the large, fluffy kind.

Posted by Nancy Tracy at 11:23 AM No comments: Links to this post

Is 'Added Sugar' a Red Herring?

An article tease on my Facebook feed this morning was tasty link bait for this fish since I pretty much click on any piece related to sugar and dietary guidelines, especially if it has a catchy title.

But "Trying to Stay Under The Government’s Recommended Sugar Limit Is A Pretty Tough Challenge (But You Might Want To Give It A Try)" turned out to contain more misinformation than I could handle before my first cup of coffee. I vacillated between feeling sorry for this self-described sugar fiend and frustrated by pop media sites that recklessly spread misinformation like margarine on hot toast.


"In the interest of all things health, wellness, and unwieldy future medical bills, I decided to test out the WHO conservative sugar recommendation for a week. I wanted to see if it was doable, or if I would turn into a label-reading nutter with a constant sugar-withdrawal headache. So last Saturday, with a full night of sleep acting like the wind at my back, I began my experiment."

I can save you the trouble of reading the full article by sharing the author's wisdom gained after her n=1 science experiment here:


"Will I do it again? Well, that’s a complicated question. My body, unfortunately enough, loved this little experiment. I felt great all week long. In theory, I would do this again in a heartbeat. But in practice? Well, there are the leftover brownies, and two types of ice cream in the freezer now, and I also managed to maul a Girl Scout troop on my Friday grocery shopping trip.

"What it will really come down to is self-control. The day I had to measure myself out a half a portion of Ben and Jerry’s was pretty freaking depressing. But afterwards, I felt good about myself. I had had my ice cream, and it was fine. The real question now is, will I be able to do it without the pressure of succeeding for an article?

"I’m not sure. Today, I’ve already had a slice of cake and a scoop of gelato. But there’s always tomorrow. "

Here's my no-sugar-added beef with this piece. The author assumes that added sugar is the most important thing to avoid to prevent diabetes -- not total consumption of sugar. The latter would include the 14 grams of sugar in her "healthy" banana versus the few grams of sugar added to bread and spaghetti sauce.

Given that even conventional dietitians seem confused on this issue, it's not surprising the writer fails to consider total carbohydrates consumed since even bread with no added sugar turns to glucose in the blood.

In other words, E.S. Huffman: if you're going to eat bread and pasta, you may as well eat doughnuts.

One of my biggest disagreements with the article is the author's view that if food companies included added sugar on their product labels, consumers would have the data required to make healthier choices:


"Here comes a rant, though: will the FDA Gods and/or higher-ups please, please, please keep pushing the added sugar labeling requirement? Because gosh darn it, it’s difficult to know when a food’s sugar content is because of added versus natural sugars. Do I really think that my slices of toast had an entire teaspoon of sugar in each one of them? No, not really. Maybe it was lactose from milk or something else—the point is, there was no way of knowing. I know the sugar lobby has argued all sorts of things anti added sugar labeling (“It will confuse the consumer! Oh no! Oh no!”) but in the end, a nutrition label is just a nutrition label, and if people want to eat healthy, they will."

The problem is our bodies don't know if a food's sugar content is from added versus natural sugars. Not only do we metabolize all sugars the same, many "natural" foods have been bred to be sweeter than their ancestral versions. In that context, are modern apples and melons really "natural"?

Further, the word "natural" does not mean a substance is healthy. Try consuming organic arsenic for a week.

While there was so much about the article to dislike, this may have been the most disturbing passage:


"This morning it’s more Darjeeling, more bagel, more cream cheese, more butter. I may not die of diabetes, but heart disease—weeeeell, that’s an issue to tackle later. The only thing that contains sugar in my breakfast is my everything bagel from Panera, at 4 grams."

Yes, the author seriously thinks not eating breakfast cereal or danish containing added sugar means she will "not die of diabetes." She is more concerned the butter and cream cheese she consumed-- not her carby bagel -- puts her at greater risk for heart disease.

I can't really fault E.S. Huffman for perpetuating misinformation about health and nutrition. Unless one commits to reading complex medical studies or scientifically based books like The Big Fat Surprise, The Real Meal Revolution, or The World Turned Upside Down, it's easy to believe the daily diet of nonsense designed to distract the public from the true causes of diabetes and other metabolic diseases.

While it's a noble ideal for people to avoid consuming foods containing added sugar, the health benefit is negligible compared to restricting total carbohydrates.

Posted by Nancy Tracy at 11:34 AM No comments: Links to this post